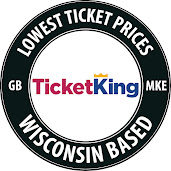 The 2021 Green Bay Packers regular season started off with a fizzle. The team took on the New Orleans Saints, with Aaron Rodgers sitting out the entire preseason. That was a game where the script was flipped and Jameis Winston threw five touchdown passes. Green Bay managed just three points against a Saints defense that was unstoppable. Packers fans were stunned. Aaron Rodgers asked us all to once again calm down and wait for better results. Green Bay went on to win the next seven games. He was correct, as the team shot up to lead the NFC North and never looked back. Yesterday, the Packers edged out the Baltimore Ravens and clinched the NFC North title once again. They are on their way in the playoffs, hoping for the first seed in the NFC. That would mean home field advantage throughout the playoffs and a bye week to start. Those same Saints that hobbled the Packers in week number one, managed to hold Tom Brady and the Tampa Bay Buccaneers scoreless in a Sunday Night game, currently placing the Packers at the top of the NFC. Will that lead hold? Only the Browns, Vikings and Lions have a chance to topple the Pack before the playoffs begin. At the same time, key starters are looking to get back into the game just as the playoffs begin. It’s sure to be an exciting playoff run. Packers tickets for the playoffs are now on sale.

Aaron Rodgers is a leading candidate for Most Valuable Player, and if he keeps up his weekly performance he just might get that fourth nod from the powers that be. It’s doubtful that his goal is that title. It’s all about that Lombardi trophy at this time in his career. Could this be the team that brings that trophy back home to Green Bay? Many signs point to yes.

First, we have to consider the fact that the Packers offensive line is strung together with string and chewing gum right now. At kickoff last night, there was a third string player protecting Rodgers in the pocket. Billy Turner, David Bakhtiari, Josh Myers, were all out once again. When the last seconds ticked off with the Packers taking the victory formation for the last play, Rodgers had been sacked three times that afternoon. The line is holding up. The defense is a top ten force. The offense does give up points in the first quarter of just about every game, but it seems like it’s just a matter of making defensive adjustments. Green Bay outscores their opponents in the second and third quarters by a country mile.

With the playoffs a lock, it’s now down to where the team will land in the NFL bracket. The Buccaneers will surely right the ship after the shutout. The Dallas Cowboys might be the sleeper team that runs the table in the playoffs. The Cardinals were hot out of the gate, but have stumbled a bit in the past few weeks. It’s great to see the Packers in the playoffs once again.